is one of the most exciting, multi-talented and versatile musicians of the Hungarian music scene. An inventor of instrument-families (Glissonic) and logic games (Urobo), composer, saxophonist and multi-instrumentalist, he explores and pushes the boundaries of classical, contemporary and jazz. He composes music for different formations, player piano/organ etc… As a musical theorist he invented a new musical system called ‘reticular’, meaning grid-like in which the pitch of the note is connected to its position in time; a kind of spacetime in music. With his musical groups they discover and search for the unity of strict compositions and free improvisations, using the toolkit of contemporary classical music and modern jazz.

Daniel Vaczi Multet is mostly reticular compositions and improvisation. Some of the pieces contain very complex 12 voiced or logarithmically decelerating and accelerating canons, where a MIDI-controlled player piano is used. The Reticular album is on the boundary of XX. century’s classical and jazz music. The members of the band play extremely free improvisations on top of the foundation which is composed with very strict compositional rules in mind. They are also experimenting with live controlled robot-instruments. Multet’s most recent album, with which Vaczi has been occupied for the past few months, can be found in Playlist 01. The reticular music theory will be available in English.

“There is an angel, Sonifer, who stitches beadwork from the twelve colours of the rainbow. From the beads gathered during the day, he makes the day’s series at twilight, then repeating it he stitches his lace all night. When it is done, he touches a few links of the chain with his finger: at dawn these are gleaming, one after the other, as he gazes at the finished garland. The twelve colors – the sounds of the chromatic scale. The sequence of colours – the reticulum. The gaze on the chain – time. The gleaming beads – the sounds to be heard. This is reticular music.” 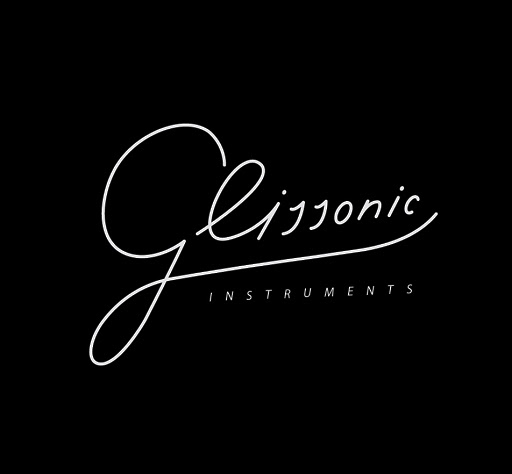 Glissonic is a completely new wind instrument family. The main novelty is that instead of tone holes it uses a longitudinal gap or slot on the tube of the instrument. The two sides of the slot are covered with magnetic foil which attract a magnetized ribbon on top. The ribbon is fixed on the upper end, stretched and lifted up from the lower end as a string on a violin. You can push down the ribbon anywhere, it will seal up perfectly above it, so you can produce any note in the pitch continuum. It can be played with eight fingers of the two hands or by sliding one finger up and down. You can find one piece at the end of Playlist 01, where Vaczi plays the glissotar, a glissonic tarogato (similar to a wooden soprano saxophone). The glissonic system can be used on all kinds of wind instruments: flute, whistle, clarinet, saxophone, oboe and even the cornett.

The program of Daniel Vaczi’s new Glissonic Trio revolves around the glissonic instruments that Vaczi has invented. Some of the pieces have their roots in classical music (from Josquin to Webern) while some are completely original. However, they all acquire their final character and form by improvisation. They feature one of Leonardo da Vinci’s musical rebuses (picture-for-words puzzles). More Incidentally one of the sketches of the renaissance polymath contains a recorder which, like the glissonic, has one longitudinal gap instead of holes, “These two flutes do not produce sounds at intervals but rather in the manner of the human voice. This sound is produced by moving your hand up and down, as on a trumpet or a flute. You can also produce sounds at tone intervals of 1/8 and 1/16, and any other sound you like.”1 Playlist 02 contains a collection of the Trio’s pieces from different albums and some of Vaczi’s solos and may provide easier listening than the Multet pieces. The music of the Trio is closer to the melodies and harmonies of traditional jazz, while the Multet’s music combines the approach of classical music with the pronounced rhythms of modern jazz and the freedom of improvisation. There was a major change in the Trio in 2020 when Mate Pozsar piano player joined the Trio, taking over the function of the double bass, but also enriching the music with more polyphonic structures and harmonies. 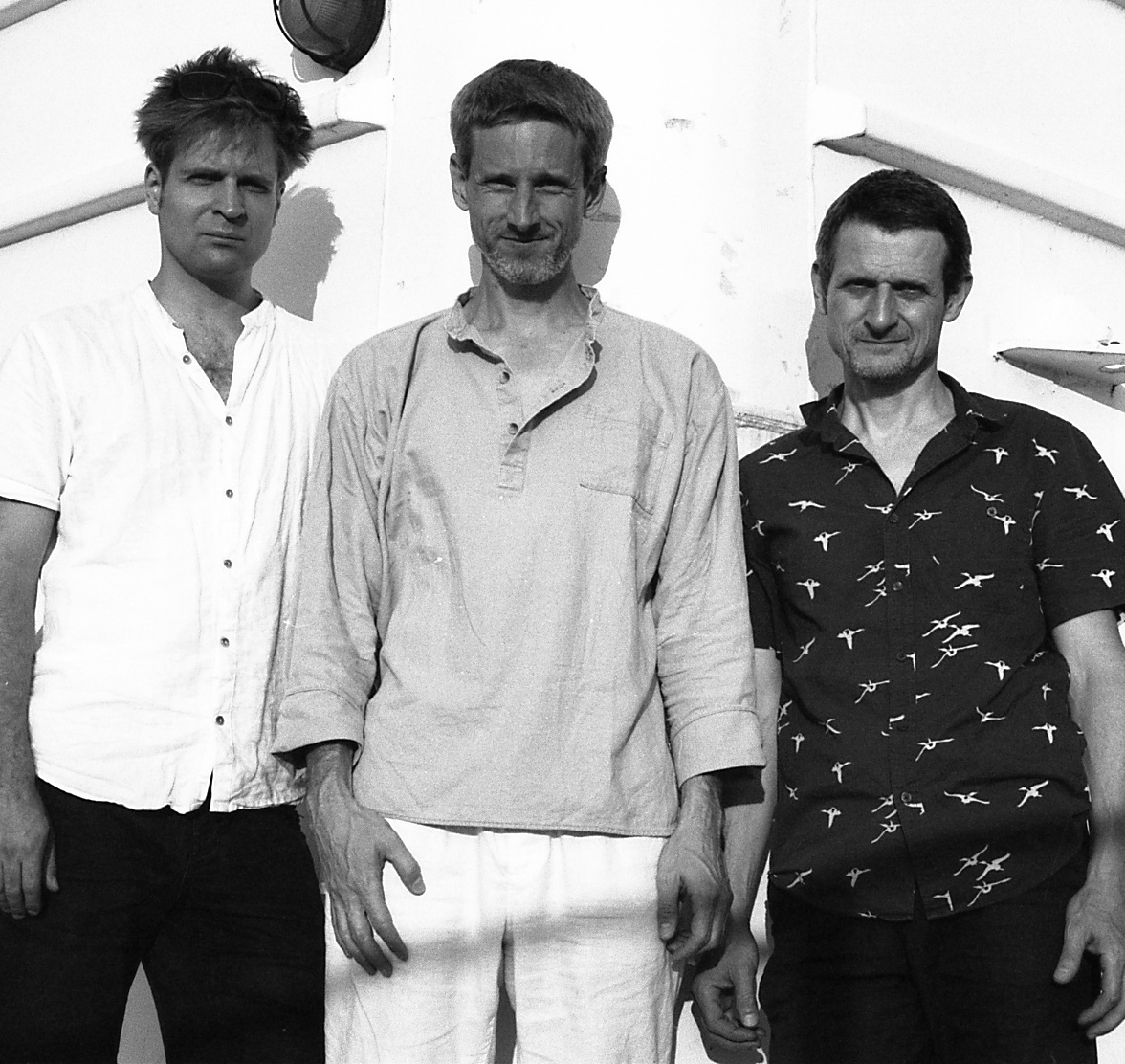 The Trio squelini and Ektar Instrumental Quintet developed a unique and special sound for its composed and improvised chamber music by combining instruments rather uncommon in jazz such as the Bulgarian gadulka, or the African array mbira with the more traditional guitar, saxophone, double bass and drums. While the Trio plays with odd rhythms and modal scales resembling contemporary european and classic indian chamber music, the Quintet is more dynamic with jazz-like grooves. Playlist 03 showcases some pieces from these two bands. 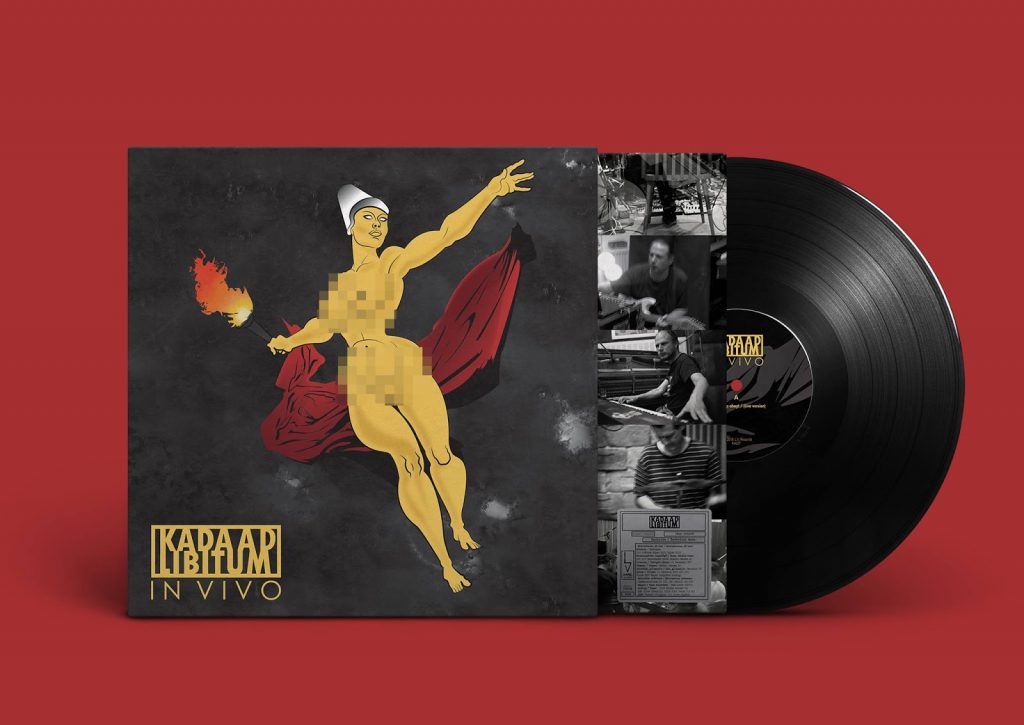 Kada ad Libitum is an improvisation workshop which has been around for more than two decades. Their music immediately pulls the listener out of the rushing real-world. Their music is very emotional and abstract at the same time. From time to time snippets of the main theme emerge from extraordinarily free improvisations, and composition-like structures built around them. The members of the group came from very different backgrounds (jazz, progressive rock, contemporary classical, alternative, free, experimental etc…) and they are not trying to hide this. The result is an extraordinary combination of Miles Davis, Shostakovich, Frank Zappa, Schubert, King Crimson, Gubajdulina, David Torn. On Playlist 04, one can experience free improvisation, noise, jazz and several other styles combining to pull the listener out of the fast pace of real life into the realm of the abstract.